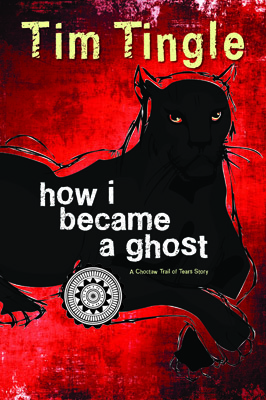 How I Became a Ghost: A Choctaw Trail of Tears Story, the first novel in the How I Became a Ghost Trilogy, by Tim Tingle, is a gripping tale perfect for introducing Indigenous stories into your classroom while also incorporating the spooky spirit of October. The story follows the life of ten-year-old Isaac and his family on their trying journey being relocated from their ancestral home in the Southeastern United States. The story is based on the historical events that took place during the Trail of Tears, a series of forced relocations of Indigenous peoples in the mid-nineteenth century.

How I Became a Ghost is suited to grades 4-7, and the novel also includes excellent discussion questions that can be used to engage with your class.

Labyrinth Lost, by Zoraida Cordoya is an excellent Fall/Halloween read for your middle grade or early high school class. The story is full of diversity, featuring Latin American and LGBTQ+ characters. Labyrinth Lost focuses on Alex, a soon to be sixteen-year-old girl and her family of witches also known as Brujas (a Spanish term for witch).

Alex’s family is full of magic, but she rejects her magical heritage. After attempting a spell to change her destiny, Alex’s world gets turned upside down, and she’ll have to learn about herself and her heritage to save the ones she loves and restore her destiny.

Aubrey And The Terrible Yoot, by Horatio Clare, discusses the hardships of mental illness in a way that is accessible to your primary ages students. Aubrey is a happy, rambunctious boy who is always stirring up trouble, but never too much trouble for the sake of his parents.

The story is filled with enthusiastic writing, perfect to be read aloud. Your class will laugh and smile along with Aubrey’s antics while also having the opportunity to learn empathy and mental health when Aubrey’s father begins to suffer from depression.

Not every graphic novel, however, is suited to a young audience. The 500 Years of Resistance Comic Book, written by Gord Hill, details the violent history of the Indigenous people’s experiences with colonization, illustrating their resistance to western terror.

The comic details the histories of resistance for several different Indigenous nations, including peoples living in Mexico, Peru, the United States and Canada. This work could be an interesting piece to show to a mature upper-year high school class, or for your own reference. 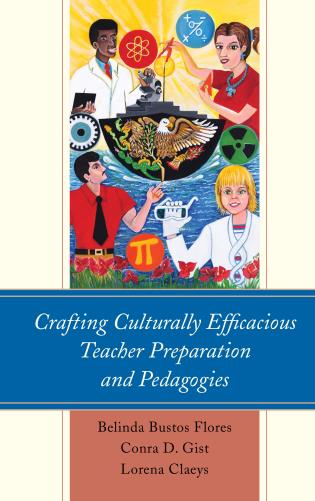 Your classroom is a diverse place, filled with children from different cultures and backgrounds. After discussing several different stories featuring diversity in various ways, it is important to understand how to include and comprehend these voices, and incorporate them into your teaching methods. Crafting Culturally Efficacious Teacher Preparation and Pedagogies, by Belinda Bustos Flores, Lorena Claeys, and Conra D. Gist presents the concept of a “culturally efficacious teacher”, a teacher who is, “socioculturally conscious, has a strong sense of ethnic/racial identity, is adept at building relationships with students and helping them create bridges to learning” (p. VIII). This work would be an excellent source to review while preparing for  your practicum.

Master of Information Candidate ( LIS) University of Toronto (2019 expected)
View all posts by Kaitlyn Merriman →
This entry was posted in New Titles. Bookmark the permalink.