An educator in the truest sense of the word, Jason Jones inspires people of all walks of life to recognize and honour Indigenous knowledges, and to join the groundswell movement to revitalize Indigenous languages.

On November 21, Jason was honoured with this year’s prestigious Guiding the Journey Award at Indspire’s National Gathering for Indigenous Education. The award represents a Canada-wide recognition of valuable contributions to community-based education by Indigenous educators who honour the principles of Indigenous knowledge.

“I don’t think Jason Jones has much free time,” Roberta told the crowd of 750.

“We know that educators, all of you, work hard to transform Indigenous education across Canada by advocating for relevant resources and appropriate cultural teachings in the curriculum, by having innovative teaching practices and by helping Indigenous students reach their full potential,” Roberta said. “These educators help us shape our leaders of tomorrow. This is our opportunity to say thank you to all of you who nurture our youth. We have stood on the shoulders of many of you, so to all of the educators in the room we say a collective Niá:wen.”

The evening ceremony began with a procession led by Elder Peter Schuler (Mississaugas of the Credit First Nation of the Anishnaabek Peoples) and Roberta Jamieson. The seven award recipients were drummed into the room with an honour song by Theland Kicknosway (Walpole Island First Nation). Elder Peter Schuler, whose Ojibwe name Ozhibiige Nini means “The Man Who Writes,” offered blessings and opened the ceremony with a moving tribute to the ancestors and an acknowledgement of First Nations people: “We are ideas people,” he said. The emcee for the evening was the multi-talented Cheri Maracle (Six Nations of the Grand River) with performances by the dynamic group Wolf Saga, and a riveting glow-in-the-dark hoop dance performance by teenager Theland Kicknosway. 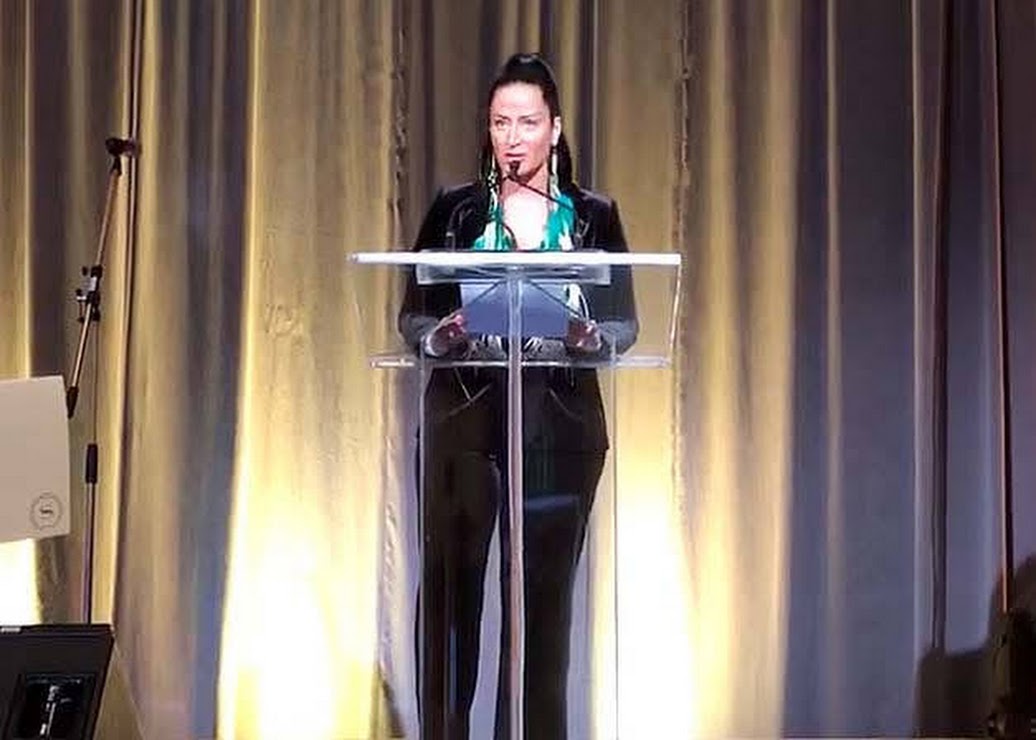 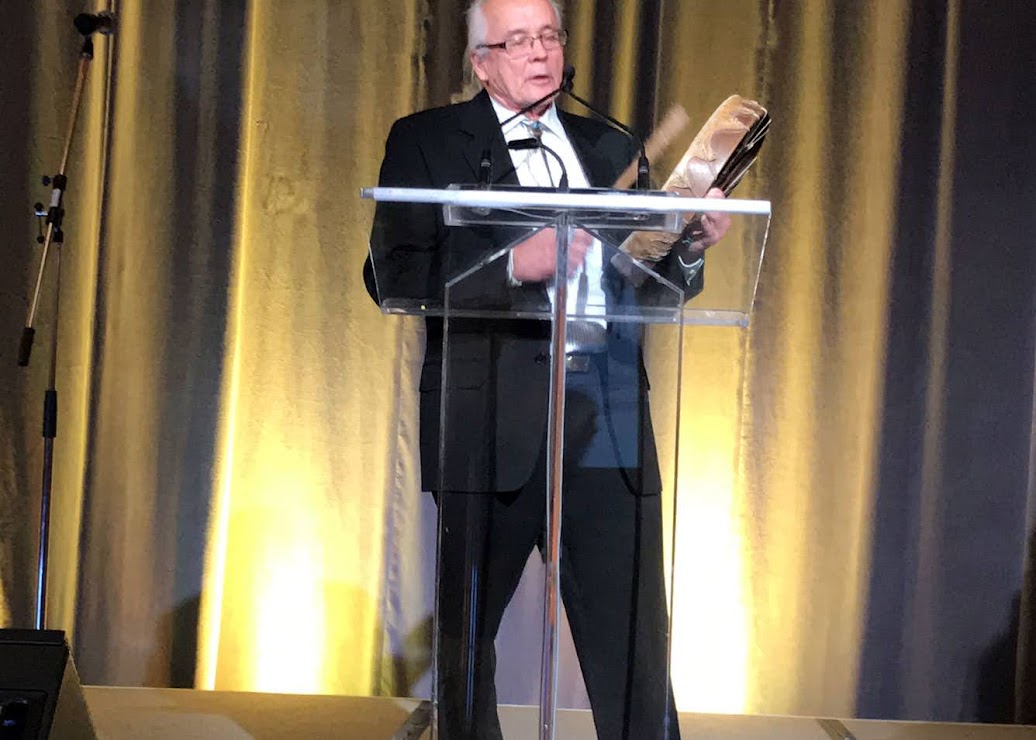 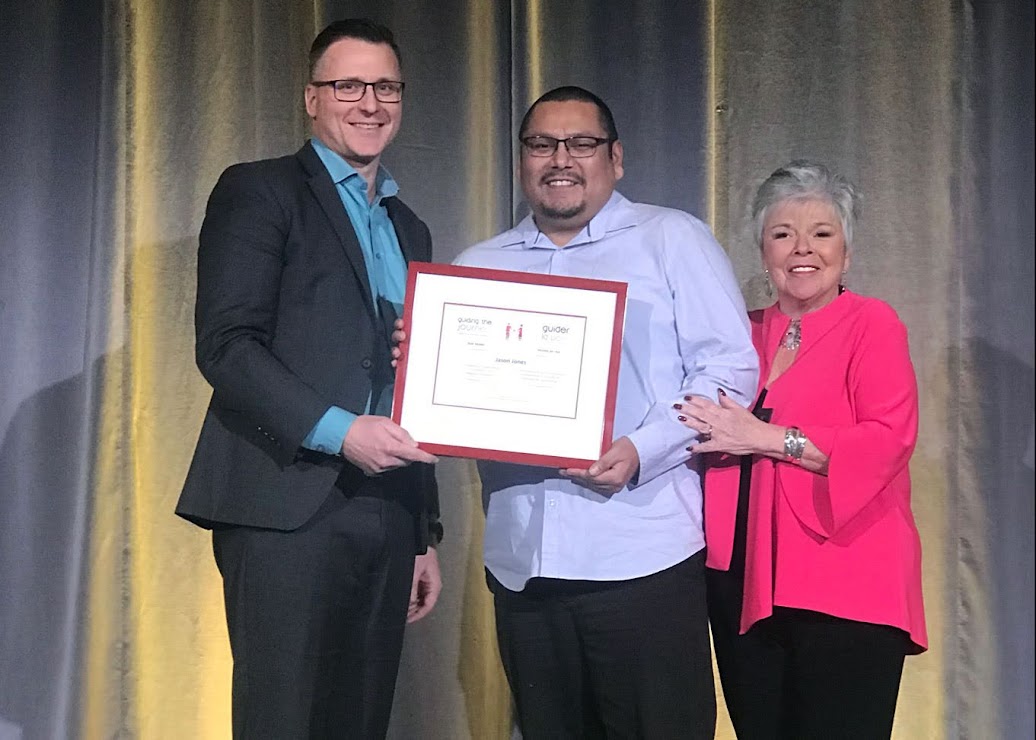 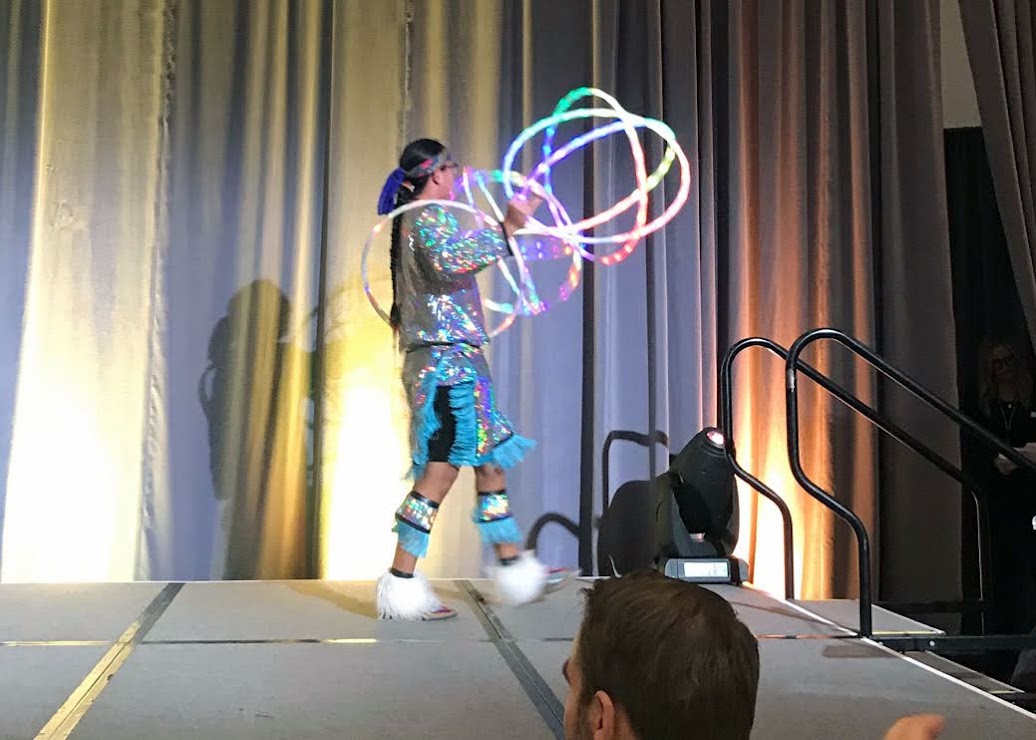 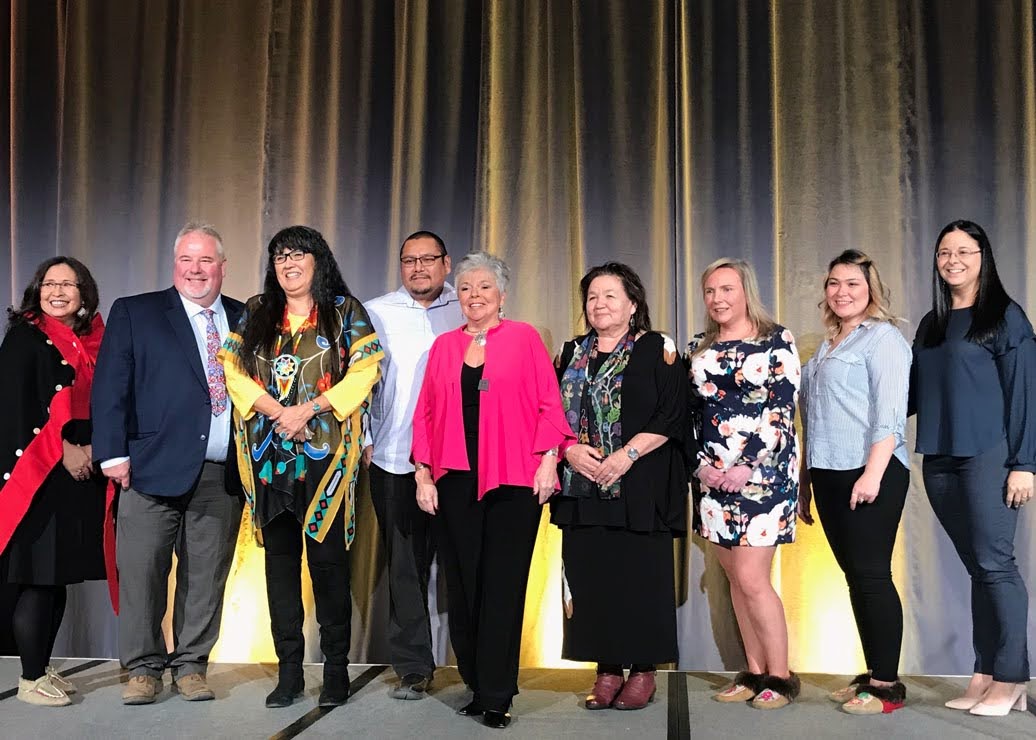 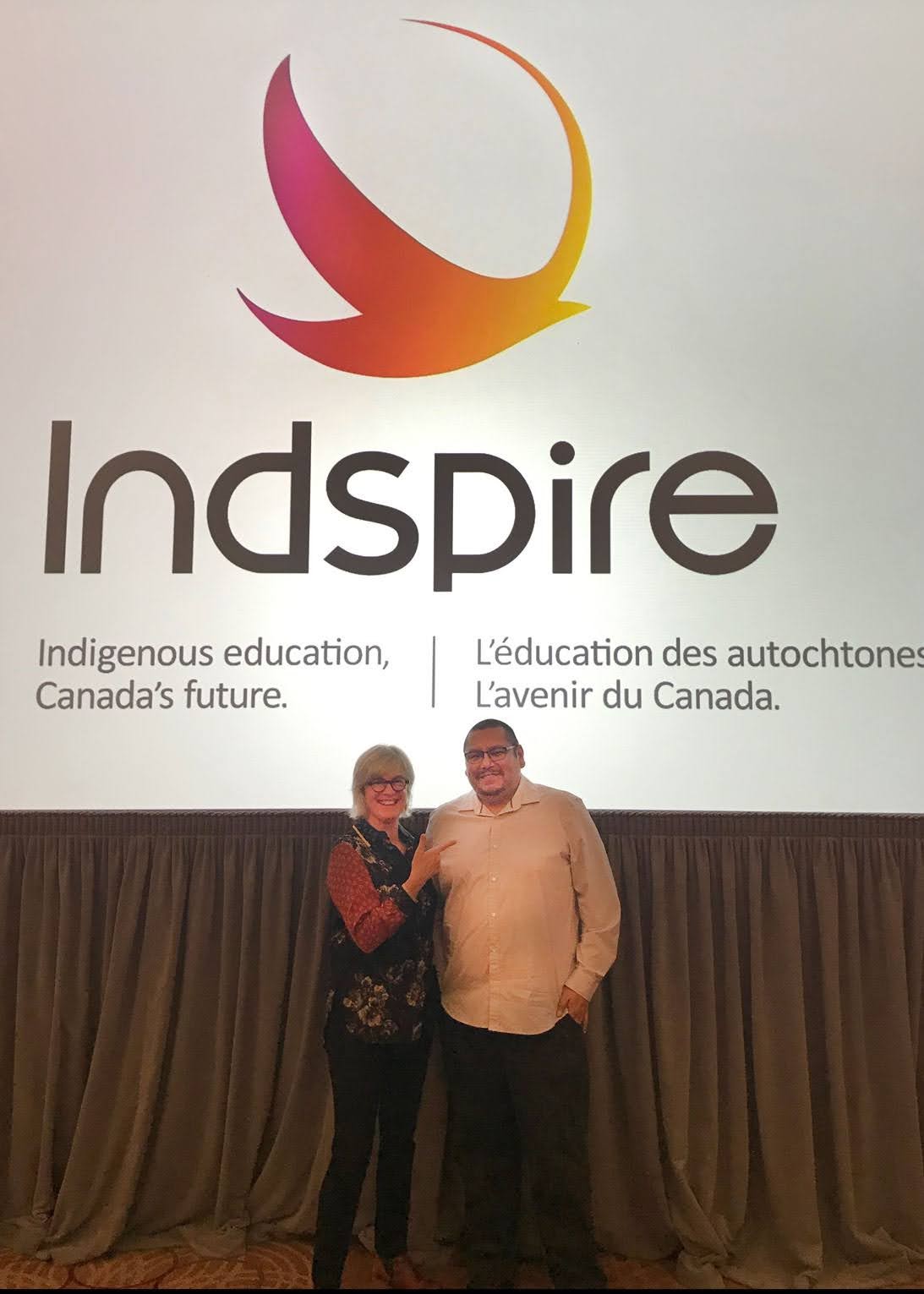